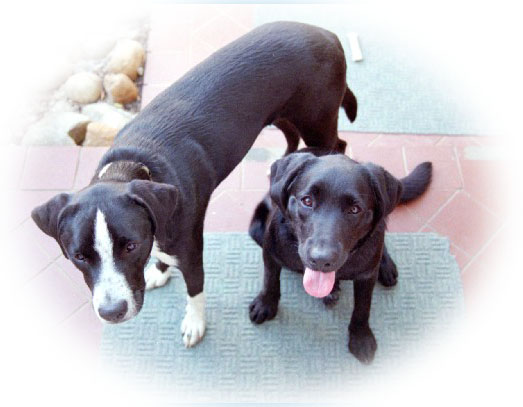 Mockojumbie; Mock O Jumbie; Moko Jumbie
(mocko rhymes w/taco: jumbie rhymes w/boom-bee)
Mocko Jumbies are the stilt walkers which originatated in Ghana, West Africa. The word Mocko Jumbie means Good God, or Good Spirit. The art came about, according to one myth, when some of the native tribe had to build their huts on stilts high above the ground due to bad flooding during certain times of the year. In order to get to their huts, they developed the art of stilt walking.
Another myth says that the art was developed by a tribe who felt that because they buried their ancestors underground that if they walked on the ground they would be walking on their ancestors, but the most commonly known myth states that the art of stilt walking was practiced by the African tribe's witch doctor who towered himself over the village in order to see and ward off evil sprits.
It is not certain when the art was originated or by which specific tribe. Unknown to most of the Caribbean, the art surfaced in the Caribbean in the early 1930's and was introduced by a gentleman known as Willie Peepup. It then surfaced in the Virgin Islands around 1952, when the Island of St. Thomas, one of three islands that makes up the United States Virgin Islands (The American Paridise) had it's first carnival. It was introduced to the island by Mr. John Magnus Farrell and Mr. Alfred Richardson, who brought along with them the attire of the African stilt walkers in Africa, that of a female dress like costume and the Kan-Kan. In 1963, a young man by the name of Ali J. Paul exploited the art of stilt walking and it evolved into what is known today.
( ibid.)